The Star Trek We Need. 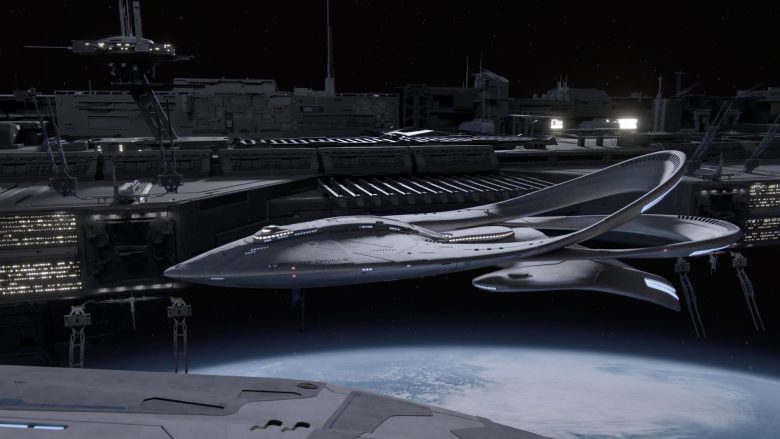 I am, of course, talking about Orville vs. Star Trek: Discovery. One is an amazing continuation of over 50 years of a Sci-Fi series that inspires millions to strive for a better tomorrow, push the boundaries of science and technology, and enjoy really good tv science fiction. The other one is Star Trek: Discovery.

Ok, now that I have the cliche comparison bit out of the way if you haven’t watched the Orville two-parter Identity then stop here and go watch it.

Identity is setup and crafted to act as Orville’s answer to the TNG classic The Best of Both Worlds and it performed wonderfully. The space battles are on par with the battle at Wolf-359, although Orville could use a little more variety in its starship design. This season of Orville continues to use the classic formula of the issue of the week that human kind of tomorrow has managed to overcome. The music, the sets, the lighting, everything about Orville screams to Seth MacFarlane’s love of Star Trek and I love it.

Meanwhile, over in Discovery land we have landed somewhere between the mirror universe and DS9 with the story telling of the first season of Voyager (my personal least favorite.) We continue to try to make holographic ship controls with a super advance propulsion system that has never before been mentioned in the history of Star Trek fit into a world that is 10 years prior to TOS. This season has shown some increased understanding of what it means to be Star Trek with bringing Pike on board to be the acting captain but its insistence on shoving Section 31 and the Emperor looks to destroy any goodwill gained by Pike. Don’t get me started on whatever those aliens they call Klingons are and can they please turn on some lights on the ship, I mean damn, did they forget to pay the electric bill.

That’s enough on this topic for now. I don’t know why, beyond general hatred for MacFarlane, the Orville gets such a beat down from the critics. From a fan of TNG and generally all things Star Trek, I highly recommend it.